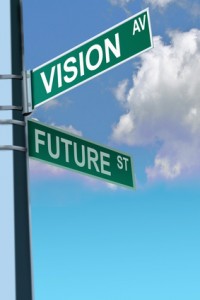 After completing his MPA degree and Graduate Certificate in Nonprofit Management, he served as the Vice President of Business Development and helped to make the Hopkinsville Christian County Chamber of Commerce one of the most outstanding, fastest growing Chambers in KY. Henry resigned and launched MVP full-time in July 2008 and ended the year with a strong revenue and public, private and government industry clients throughout the mid-west and southern parts of the United States.

Henry was led to start MVP after working with a large number of small and midsize businesses, small cities, towns and counties, governmental agencies, churches and nonprofits and some corporations. What Henry observed, learned and identified as a niche market and opportunities was that these organizations and others like them had passion, funding and desire to accomplish great things, but simply lacked the practical knowledge and expertise that Henry and his associates command, thus MVP was created.

THIS IS INSPIRATION AND CONFIRMATION AT ITS BEST! Henry believes that ethics, loyalty and dedication are a must in business. Thus, he decided not to pursue and even turn down business for his part-time consultancy in Christian County, Kentucky, the service area of the Hopkinsville Chamber where he served as the VP of Business Development  (KY). So, prior to leaving his position at the Chamber and launching MVP full-time, Henry prayed for two signs, the support of his wife (Paula) and a client sent from outside Christian County. During a discussion with his wife one evening in the spring of 2008, Paula said “you have been talking about and planning the start-up of your own small business since I met you in 2000, I believe that you should leave your current job and go full-time into your consulting firm (one down). A few weeks later, while completing some business retention and expansion (BRE) interviews as was his job at the Chamber, Henry received a call from a potential client and upon asking how they heard about MVP, the client responded by saying that MVP was referred (sent) and when asked where the client was  located they responded, Dallas, Texas (two down). This was the confirmation and inspiration that Henry prayed about that led to the founding of MVP. MVP’s names is also derviced from Ecclesiastes 4:9, “Two are better than one; because they have a good reward for their labor.” MVP serves as its clients partner and helps them to achieve their mission and vision.

MVP’s success is attributed to the communication skills, talent, practical knowledge and expertise of its founder and associates. Together, they command more than a century of expertise in economic development, small business development, nonprofit development and social enterprise development. MVP’s associates have Doctoral and Masters levels education, countless hours of skills training, internationally recognized certifications and outstanding references.

MVP’s founder and associates have achieved local, state and national award recognition, business awards, they serve on local, state and regional boards and commissions and work within their churches and communities. They are here solely to partner with you to achieve your mission and to see your vision come to pass, MISSION VISION PARTNER (MVP).